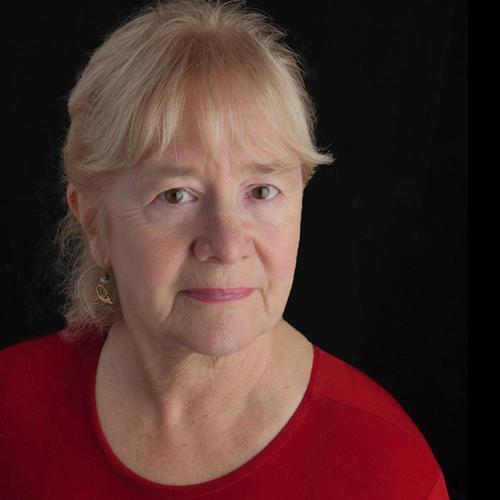 A session by Dr. Mary Mackey

Categories covered by this session

Brought to you by the Association for the Study of Women and Mythology Wednesday, April 21, 2021 at 3 pm Eastern Daylight Time

Snake-headed “yogini” goddess, S. Crete, 6000-5500bce Over thirty years ago, novelist Mary Mackey received an unpublished manuscript from the Editor-in-Chief of HarperSanFrancisco who suggested she might like to base an historical novel on the author’s research. The author was Marija Gimbutas, and the manuscript was The Civilization of the Goddess.

In this salon, Mary will discuss how she met personally with Professor Gimbutas, and how, with her blessing, she used that research into the Neolithic cultures of Old Europe to create four bestselling novels–The Year The Horses Came, The Horses at The Gate, The Fires of Spring, and The Village of Bones. These novels evoke the moment in prehistory when marauding nomads brought horses, male deities, and war to a Goddess-worshipping Europe that had known peace for thousands of years.

Travel back to Old Europe with Mary, learn how fiction springs out of nonfiction, and watch the Mother People tend their crops, cook their dinners, make love, and raise their children; and, perhaps best of all, meet Marrah, the brave young priestess who becomes the savior of her people.

Mary Mackey became a writer by running high fevers, tramping through tropical jungles, dodging machine gun fire, being swarmed by army ants, and reading. Her published works consist of fourteen novels including The Village of Bones, which won a 2018 CIIS Women’s Spirituality Book Award from the Department of Diversity and Inclusion; The Year the Horses Came, the first novel in her Earthsong Series; and A Grand Passion, which made The New York Times and San Francisco Chronicle best seller lists. Her collections of poetry include Sugar Zone, which won the 2012 PEN Oakland Josephine Miles Award; and The Jaguars That Prowl Our Dreams, which won the 2019 Eric Hoffer Award for the Best Book Published by a Small Press. Professor Emeritus and Former Writer in Residence at California State University, Sacramento, Mary received her B.A. from Harvard and her PhD from the University of Michigan. In the 1970’s she founded the Feminist Writers Guild with poets Adrienne Rich and Susan Griffin, novelist Valerie Miner, and author Charlene Spretnak. See Mary’s work on her website and subscribe to her quarterly newsletter.

Mary Mackey is Professor Emeritus and Former Writer in Residence at California State University, Sacramento. Her published works include The Village of Bones, which won a CIIS Women’s Spirituality Book Award; The Year the Horses Came; and A Grand Passion, which made The New York Times and San Francisco Chronicle best seller lists.